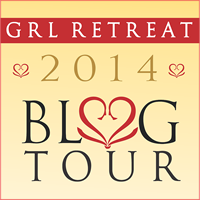 Boys in our Books is proud to be selected as a Featured Blog for GRL 2014. As a part of the GRL Blog Tour, we’re highlighting some of our favorite authors. Every Friday, stop by and get to know them as they answer some of our questions.

1.  Starting from scratch: Tell us all about you. What do you want us to know?

Heidi Cullinan has always loved a good love story, provided it has a happy ending. She enjoys writing across many genres but loves above all to write happy, romantic endings for LGBT characters because there just aren’t enough of those stories out there. When Heidi isn’t writing, she enjoys cooking, reading, knitting, listening to music, and watching television with her husband and ten-year-old daughter. Heidi is a vocal advocate for LGBT rights and is proud to be from the first Midwestern state with full marriage equality. Find out more about Heidi, including her social networks, at www.heidicullinan.com.

Though I’ll tell you, I don’t knit much anymore. I’d actually like to learn to crochet, because I think I could do it more mindlessly while I watch TV. Mostly I leave it in there so I don’t sound as pathetic as I am, which is that mostly I work, work, work, work, and then I watch some TV and sometimes get to read.

Let’s see, other factoids that might be of interest: I am ridiculously tall. I’m allergic to half the planet, and I’ve battled chronic pain and autoimmune issues for the past decade, and hopefully maybe the surgery I’m about to have (will have had by the posting of this blog) will do a lot to fix that. Also, after that surgery the difference between me and a trans woman will be a chromosome. My concepts of gender were pretty fluid before, but let me tell you. I’m more convinced we make monkeys of ourselves over male/female binaries with every passing day.

I was writing a contemporary heterosexual romance and a gay secondary character walked in because someone showed me an International Male online catalog. I’m never going to understand why that was the catalyst, but it was. Anyway, Will was the most interesting character I’d ever written, and he kept stealing the show. I felt ridiculous, though, because I felt like I didn’t know anything about writing a gay character, so I started reading everything LGBT, history and fiction, and because it was a hot button issue at the time in Iowa, I got involved in LGBT rights issues. Meanwhile, I kept writing LGBT characters, quickly moving them from secondary to front-seat hero and hero. Eventually I finished a novel, then looked around to see if there was anywhere to sell it. Lo and behold, there was, and the rest is history.

Romancing the Duke by Tessa Dare.

Ah, I’m no good at that. I always feel like the one I just wrote is my best one. So that would be Carry the Ocean.

What book would you recommend to someone who’s never read your work?

If they like sweet or not so intense, Dance With Me or Love Lessons. If they want dirtier/kinkier, then Special Delivery or Dirty Laundry. If they can’t make up their mind, then Nowhere Ranch.

What book would you recommend to someone who’s never read gay romance?

Promises by Marie Sexton or Hot Head by Damon Suede. Or anything by KA Mitchell.

Your favorite character someone else has written?

Well, you haven’t met him truly yet, but Beach by KA Mitchell. His book is coming out this winter. You simply have to read it. Bad Behavior. Go preorder it as soon as possible.

What plot bunny has been sitting in your head that you haven’t committed to writing?

I keep playing with this dragon shifter book, but I do write that, so I guess it doesn’t count. I’ve thought about this pharmacist who masquerades as a motorbiker and then falls in love, but mostly this is me not having time to write everything.

What’s on the horizon/in the pipeline?

Everything. Love Lessons 3, which right now is called Lost and Found. A third Minnesota Christmas book. A sequel to Nowhere Ranch. Dance With Me moving into the Love Lessons universe. At least two more books in that series, one with lesbian heroes and another with a straight boy/trans girl. Maybe a straight up straight romance, but I’m not yet sure they have enough conflict for a full novel. A sequel to Carry the Ocean, and that one for sure is straight, though the hero is a quadriplegic. A third book in that one which I’m still sussing out.

And a Special Delivery fourth book, and this doctor book, and the pharmacist motorcyclist, and my dragon shifter book, and the rest of the damn Etsey series, and Sweet Son retooled and rereleased with Wilde City. Which is why I’m not going to any conventions next year.

What’s the BEST thing about being an author?

Well, I like paying my mortgage, so something in the middle is better. And I don’t write to generate discussion. That’s not something I control. So I guess money.

I totally don’t give one little shit.

Both. Depends on my mood and the day to what degree.

…Have a book made into an indie-movie that told the exact story or into a long-running tv show that was only inspired by the story?

Mostly I just want the money from the rights sale. I would assume they would screw it up, if they even got around to making it at all, and then be pleasantly surprised if they didn’t.

…Have written Twilight or 50 Shades of Gray?

Neither because then I’d be another person. Anyway, when they wrote those books they were just hopeful ideas like everybody else’s. They just hit the lightning. So yes, I’d like lightning. But for being me.

I wear size 13 shoes, but probably I’m 13.5 right now, which is incredibly depressing.

I haven’t been to Las Vegas except for a few hours.

Try and guess which are the author’s truths and which is the lie!

Comment below for a chance to win this week’s prize package:  ONE (1) backlist title from HEIDI CULLINAN, a Boys in our Books branded mug, AND a $10 gift certificate to All Romance e-Books!