Boys in our Books is SO EXCITED to bring to you the first look at the cover of Therese Woodson’s first full-length novel, “Betrothed: A Faery Tale” 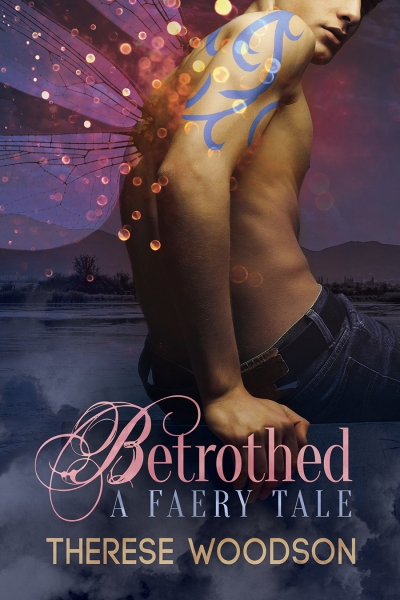 Faery royalty have always married for duty rather than love. Prince Chrysanths should be no different – except with a human for a father, the prince known as Puck already is different. When he is betrothed against his will to Prince Sky, Puck flees to his father in the human world, only to have Sky follow.

Prince Sky Song of the Clouds isn’t thrilled with the prospect of marriage either, but is bound by duty to follow through. If he can’t win Puck over, the faery realm might very well dissolve into utter chaos.  Too busy arguing, Puck and Sky are unaware there are others with a vested interest in seeing the betrothal fail. In a bid for Puck’s crown, they’ll seek to keep them apart, even as Puck and Sky realize that duty and love don’t always have to be mutually exclusive.

Betrothed: A Faery Tale is Therese Woodson’s first full length novel. It will be available through Dreamspinner Press in September. Her other works include the Aerial City Series, which consists of two Steampunk novellas, and the contemporary novellas Twelve Tasks and The Trouble With Elves. All are available here – http://www.dreamspinnerpress.com/AuthorArcade/therese-woodson

One comment on “COVER REVEAL – Betrothed: A Faery Tale by Therese Woodson”